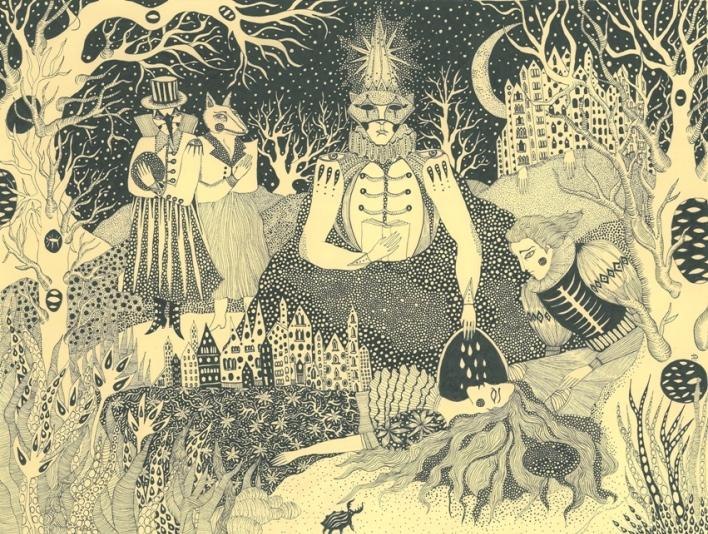 Finding oneself in the endless world of creative opportunities is as difficult as sending a man into Space (paying attention to the recent Day of Astronautics). Nevertheless, there still are people who cope with this challenging thing. For instance, some of them take two or three pens and create their own and beautiful world on simple paper. They manage to create something unique and one of a kind which associates with this person and his name only. One of such people is Daria Hlazatova, a young artist from Ukraine — a girl who unites her love to various art spheres and expresses it on ivory-coloured paper. Her talent is immense and it is being recognized worldwide: her works of art can be seen at international exhibitions and on album covers of numerous musicians.

— Daria, all your pictures are distinguished by their extraordinary and unique style. How long have you been looking for it?
— Thank you! I haven’t been looking for it — it just came about itself. I think my style has always been the same, the only difference now is that I began to draw in black and white.

— When was the first time you reached public success with your pictures?
— I can’t say whether it was actually public success — it sounds a bit pompous for me. I’ve always been drawing, but only in 2010 I decided to blog about the results of my work and to send them to various magazines. As soon as I began to do it, my drawings were noticed: the same year they were published in the Spanish magazine named Carpaccio. Since then many pleasant things have happened with my works. 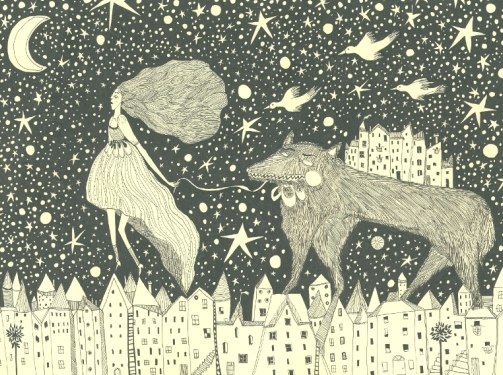 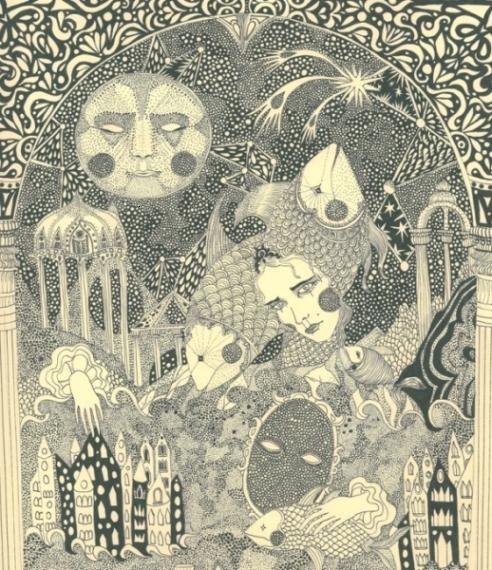 — When you get an order for, say, an album cover, are you free in your creative process or do you have to keep in line with your client’s requirements/preferences?
— What an interesting question! I’ve never been given strict and clear instructions on how and what to draw by now and luckily all my clients were satisfied with the results. I think it’s wonderful. 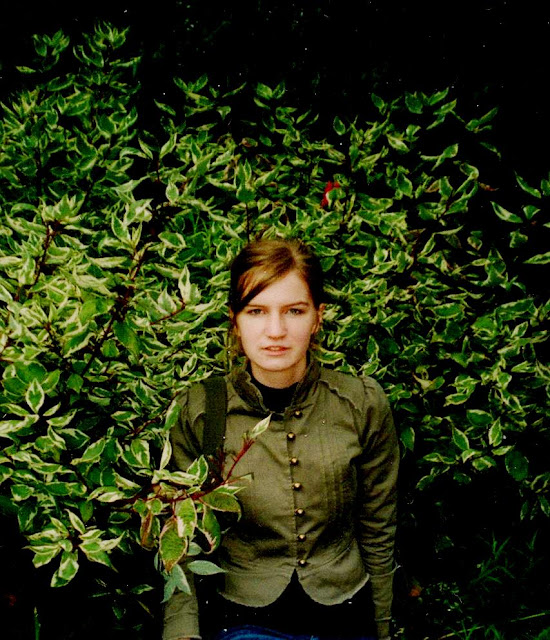 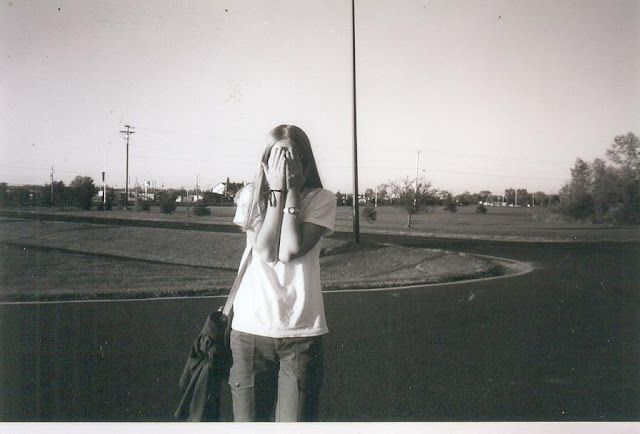 — What places and situations inspire you to draw?
— When traveling. At work. On a bus, especially when people push each other – it stimulates the whirl of ideas.

— What materials do you use when drawing?
— It’s all quite simple here. I use Faber Castell pens, ivory-coloured paper and my cat. 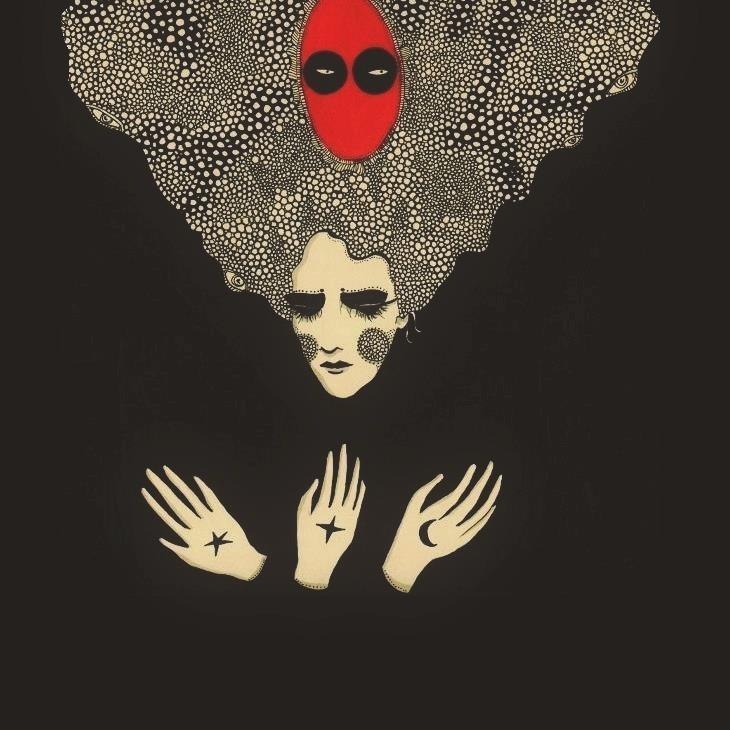 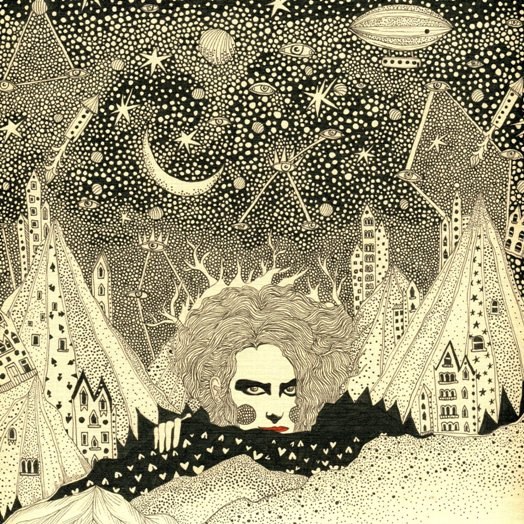 — For which music bands or solo musicians would you like to draw album covers?
— I’d like to draw something for Johnny Flynn and Smashing Pumpkins (of 90s era). I also like Cocteau Twins, The Cure, Nick Cave, Joanna Newsom and it would be great pleasure for me to draw for them.

— Are there any album covers of some musicians you would like to redraw?
— There are. All Tori Amos covers.

— Are there any artists you admire or even imitate (intentionally or not)?
— I have favourite artists, but their style differs greatly from mine. I like David Hockney, Stewart Pearson Wright, Mary Jane Ansell, Stanley Spencer, John William Waterhouse, William Morris, Edward Hopper. Stella Vine’s paintings are also among my favourites. I can call her my teacher in a way, because we’ve known each other for many years and she gives me advice from time to time. 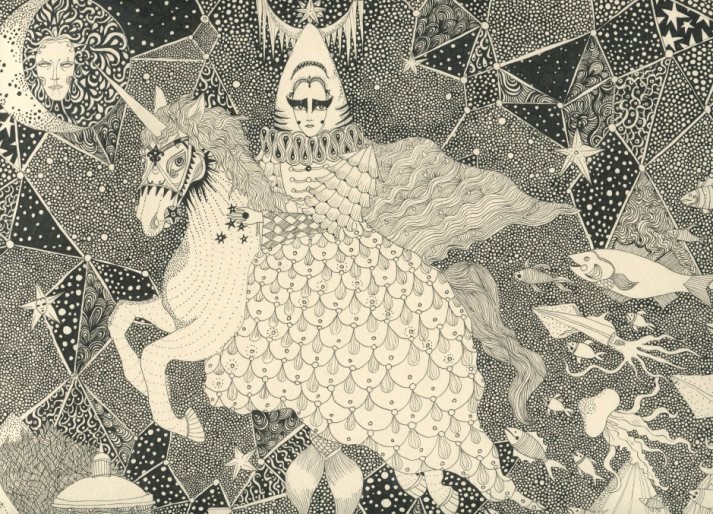 — What’s drawing for you – the meaning of life or the way of self-expression?
—Both, I think.

— If you met a person who never saw a picture in his life, what works of art would you advise him to see?
— That’s terrible, may I say! I think I’d let him see my works to see his reaction. Kidding aside, I’d suggest Botticelli, Van Gogh and some medieval artists.

— Tell us more about your NOSOROG project, please: about its key concept, purpose and possible ways of getting this wonderful magazine.
— The key concept is that there’s no concept at all. I could hardly tell you what NOSOROG is and why it is actually NOSOROG. It’s a small book of different stories, advice (like, how to make David Lynch’s hairstyle or where to call to become an orc) and unfunny jokes I wrote in English, illustrated by my pictures. Some of the ideas for NOSOROG were proposed by my friends, so lots of kudos to them! You can get 2 existing issues of NOSOROG by writing an e-mail to me or sending me a bunch of gladioluses (that makes a 50% discount).

— The happiest moment in your life?
— Every time I go traveling.

— What would you like to change in yourself?
— My citizenship (Luckily, it isn’t inside of me).

— What do you like in yourself?
— I’m not afraid of work.

— The place where you feel best?
— In Oxford, though I sneeze there sometimes.

— Whom of the living people would you like to get acquainted with?
— With Sir Ian McKellen.

— The country you’ve never visited but would like to?
— New Zealand.

— As a child, who did you want to become?
— A detective from the Blue Moon Detective Agency (Moonlighting TV series)

— Which traits do you appreciate in men?
— Sense of humour and a good ability to play the piano.

— What do you like doing most of all?
— Giving awkward answers to questions and traveling. 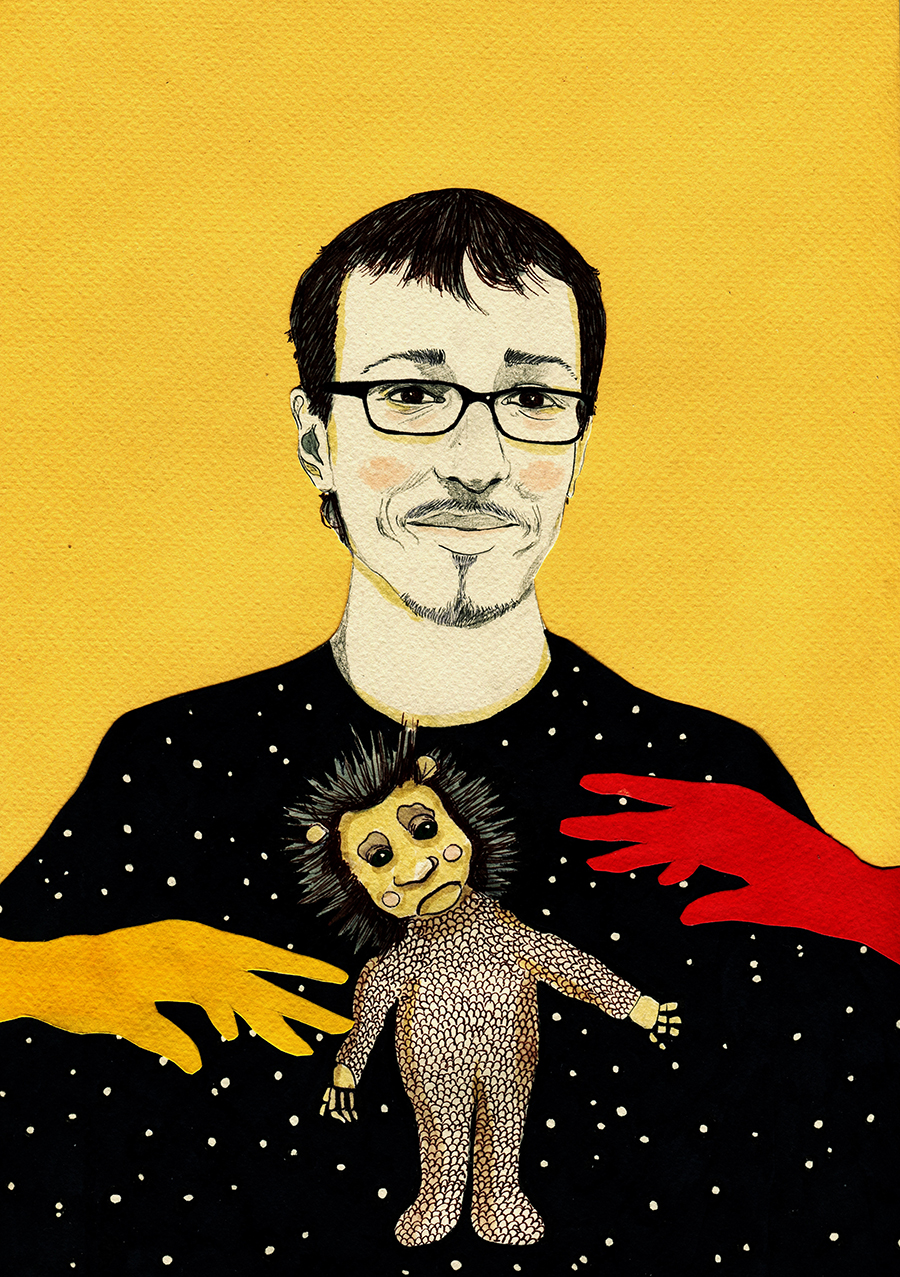 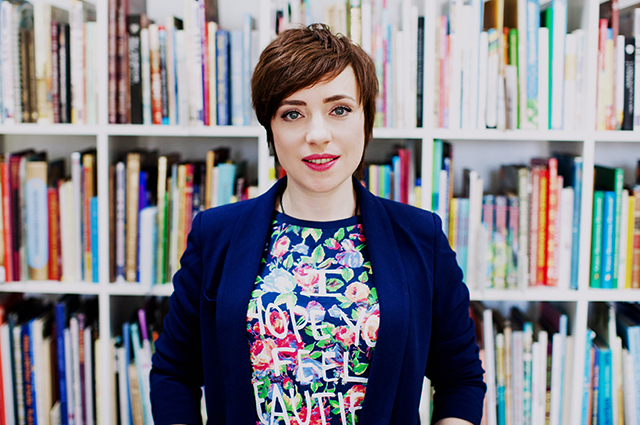